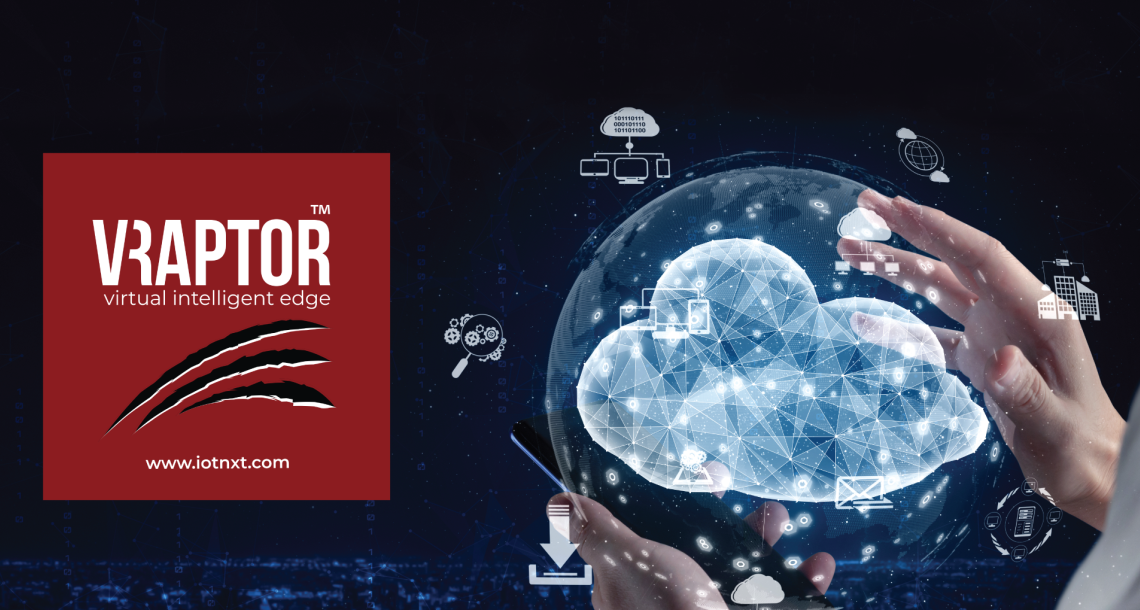 Centurion, South Africa. 1 October 2021. IoT.nxt added a new innovation to its trademarked Raptor™ gateways range with the introduction of a virtual gateway – called Virtual Raptor™ (V-Raptor) – which is now deployed in diverse industries in several countries since its launch earlier this year.

“Our teams worked on an IoT deployment of significant scale that presented the need for a virtual gateway. An IoT aggregation layer was needed that could be deployed closer to the IoT devices inside a customer’s network to ensure a high degree of security, while providing a way to send high velocity data to our IoT platform Commander™ in the cloud,” says André Jacobs, Chief of Product Engineering at IoT.nxt.

“V-Raptor™ provides a layer of security for IoT devices that can seamlessly be integrated with the customer’s network to ensure that often unsecure IoT devices are secured when exposed through publicly accessible interfaces, while acting as an aggregation layer to ensure guaranteed delivery of telemetry messages,” Jacobs says.

Raptor is IoT.nxt’s range of products that is used to integrate with sensors, devices, and even other systems. Each Raptor in the range has a specific function, but the main aim is to integrate with as many devices as possible and to enable bi-directional communication between devices and the rest of the IoT.nxt’s Commander IoT ecosystem.

According to a research paper produced for an international conference on intellectual property rights presented earlier this year, edge computing has emerged as a new paradigm to address IoT and localised computing needs as a technique to mitigate the escalation of resource congestion. “Compared to the well-known cloud computing, which has some drawbacks, such as latency,
bandwidth, protection and lack of offline access, robust, safe, and smart on-site edge computing would migrate data computation or storage to the network ‘‘edge,’’ near the end users,” the report states.

V-Raptor™ fits nicely into this paradigm, as it allows companies to deploy an IoT gateway on premises in their own data centre where it sits close to their IoT devices for maximum security. Moreover, through the V-Raptor’s SDK, developers can add the required computations required to extract, transform, and normalise telemetry from devices close to the source, minimising the amount of data that needs to be sent to the cloud. The V-Raptor™ also stores telemetry if the cloud is unreachable, allowing solutions to recover fully once connectivity is restored.

Jacobs says V-Raptor™ enables IoT devices to be deployed, configured, and monitored at scale, acting as a load-balancer, and extra security layer for edge devices while handling distribution of various components like drivers, protocols, firmware, and security patches.

In a recent project, V-Raptor™ provided a growing enterprise with the ability to connect their proprietary cellular-enabled sensors using standard V-Raptor MQTT and HTTPS communication interfaces to provide an end-to-end IoT solution without changes to their existing devices. This allowed the company to connect to V-Raptor in the cloud without deploying any additional edge devices in the field, keeping costs down without disruption to existing operations.

It also enabled a large communications company to launch their IoT offering and achieve record time to market. Through the V-Raptor’s driver ecosystem, multiple protocol drivers could be deployed allowing data to be collected securely from many types of cellular-enabled devices – regardless of vendor, make or model.  This enabled the company to deliver solutions in the asset tracking, cold chain monitoring, and water metering industries.